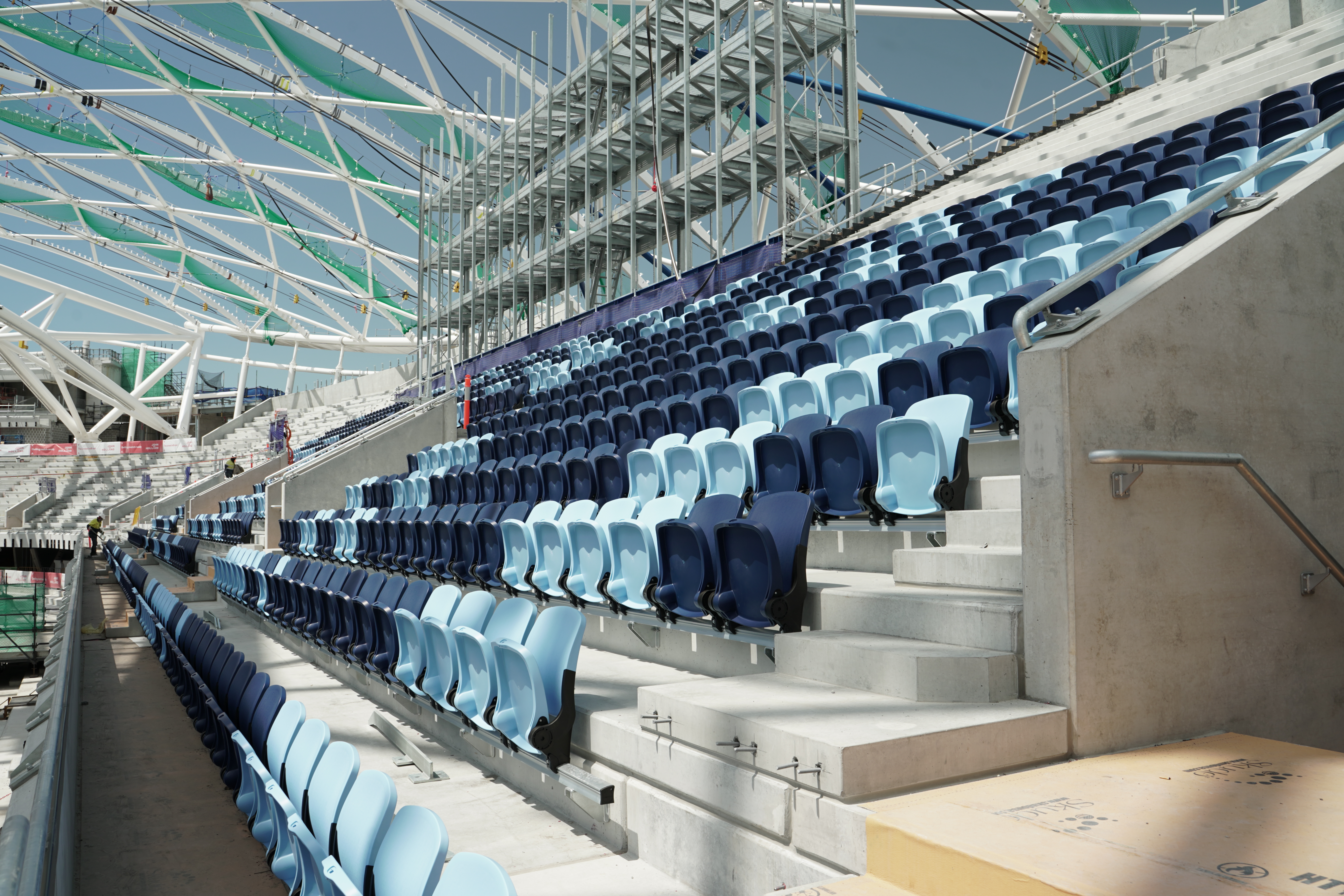 Sydney FC’s new world-class Allianz Stadium has reached the 80 per cent completion mark and is well on track to be ready to host the Sky Blues' first home game of next season.

Within days the final pieces of the stadium’s steel roof will be in place to complete one of the most complicated procedures in the construction’s development.

The final stadium will provide 42,500 undercover seats and best-in-class Sydney FC member and corporate facilities, which will be located closer to the action than ever before.

New South Wales Minister for Sport Natalie Ward is delighted to have reached the milestone and believes the SFS will be a world-class sporting and entertainment venue for local, interstate and international fans to enjoy.

“It’s so exciting to see the final pieces taking shape at our fantastic new SFS.

“We’re beginning to get a real feel for what fans will experience when the stadium hosts major events,” Mrs Ward said.

“Work is now on the home stretch and the stadium is on track to be finished and open by September next year.

“We haven’t heard the roar of a live crowd here for some time, and if you are a sports fanatic, you will be craving that atmosphere.

“So I am really pleased that the government can announce today the 80 per cent mark for the Sydney Football Stadium.”
The fan experience will be unrivalled, with an open concourse allowing open views from the field from the vast array of new Merivale food and beverage outlets available across the stadium.

While the new team facilities, including four gender neutral changerooms that will allow for male and female double headers, along with new medical rooms, wet areas, warm-up rooms and recovery pools, will provide the athletes with the best facilities to thrive on the field.

The stadium will also have a distinctly local feel, with $480 million of the stadium’s budget going to local suppliers.